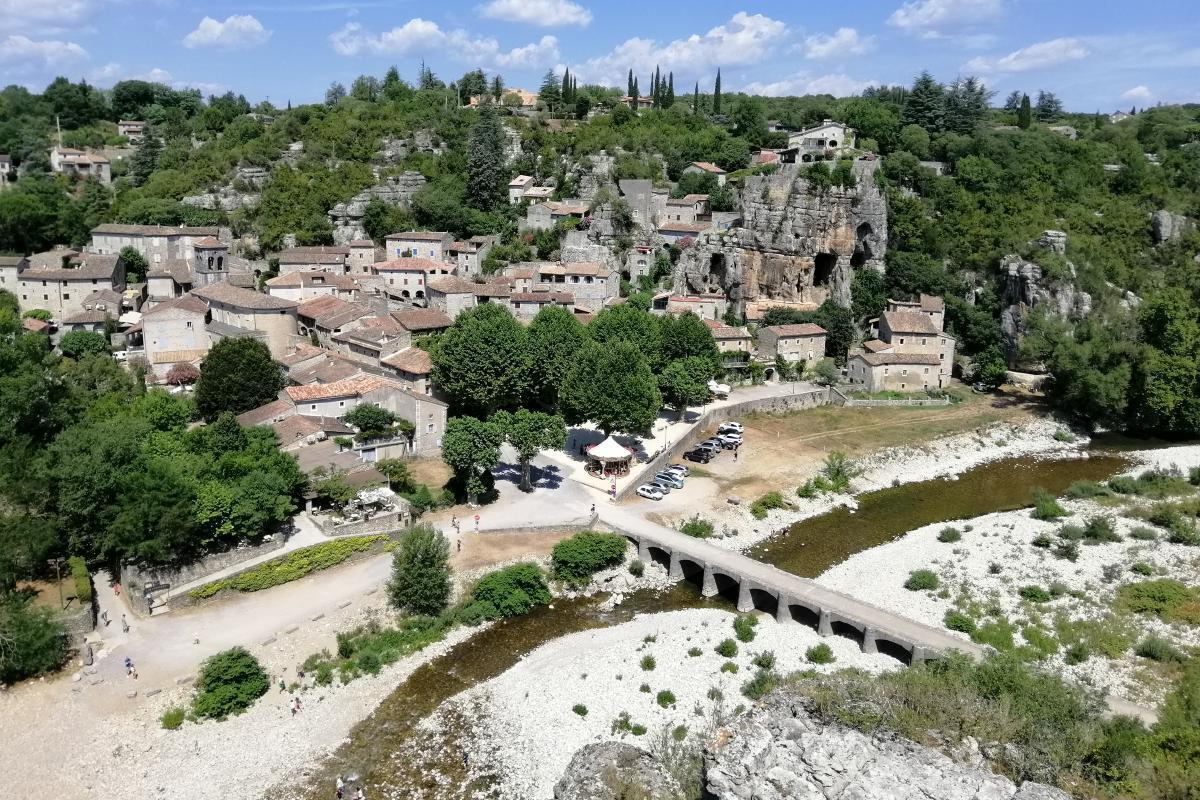 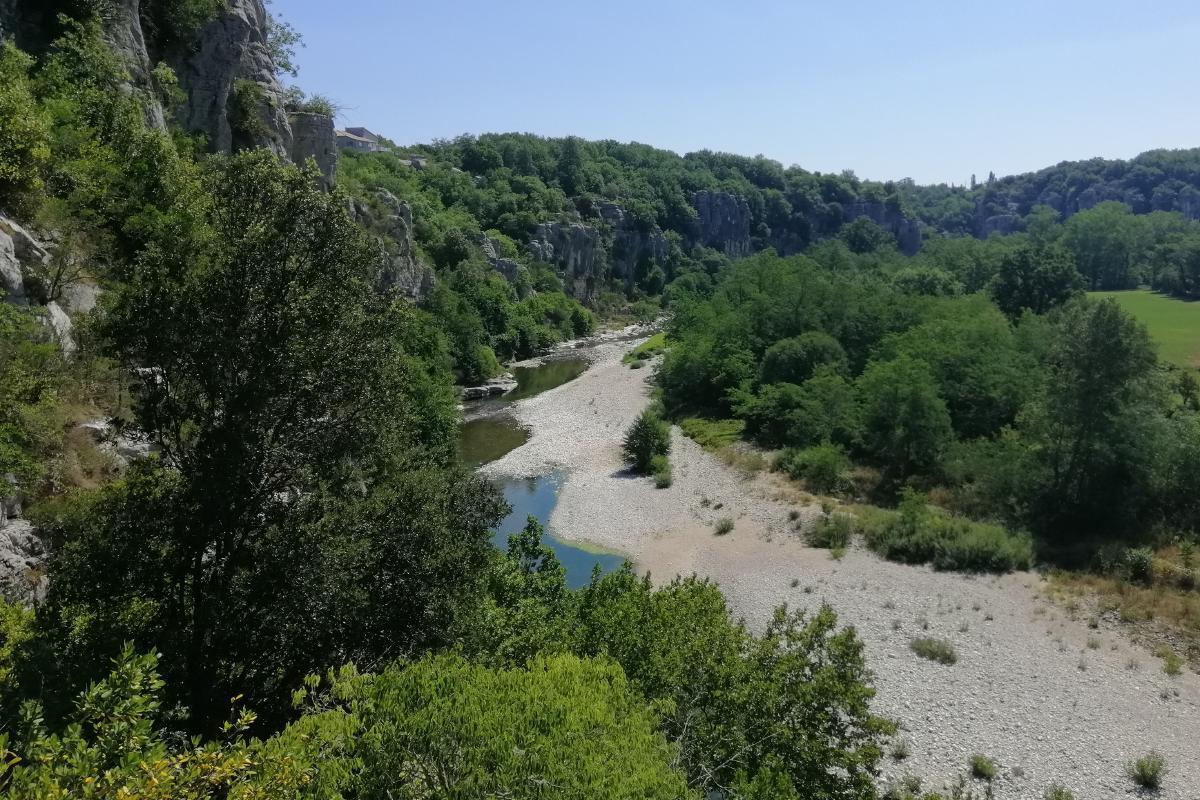 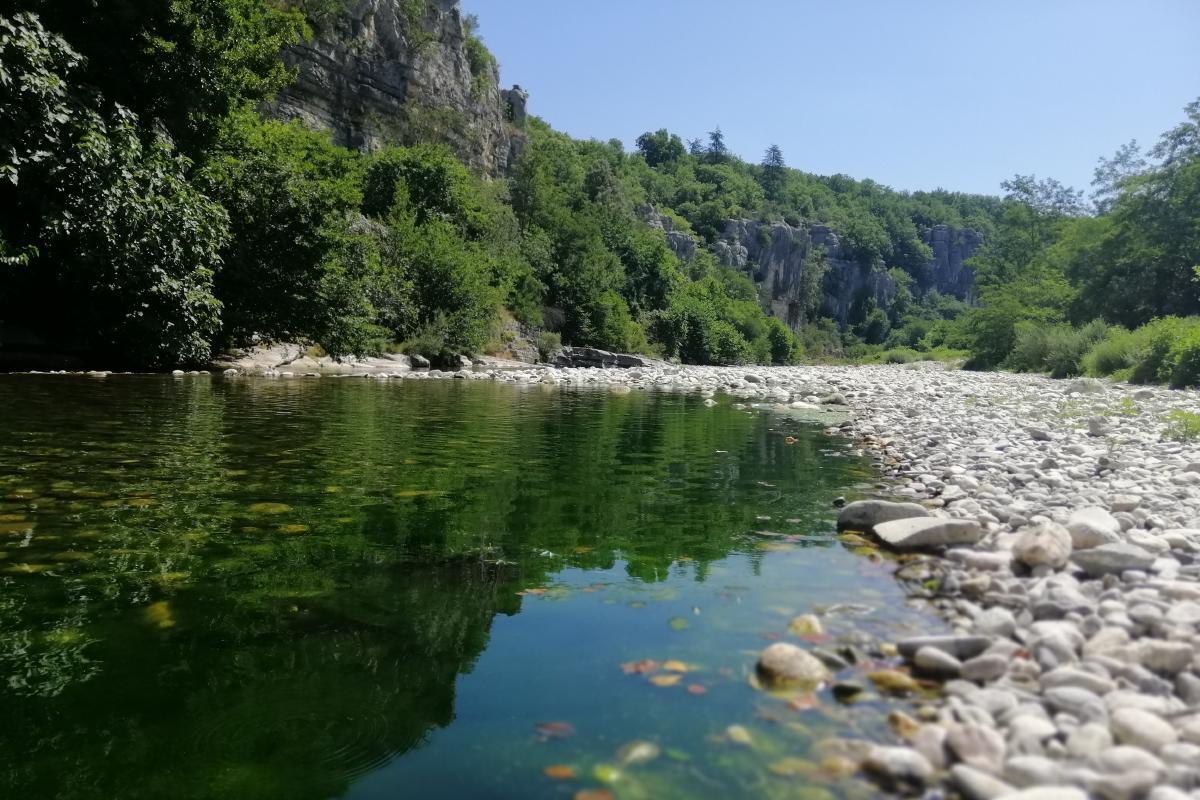 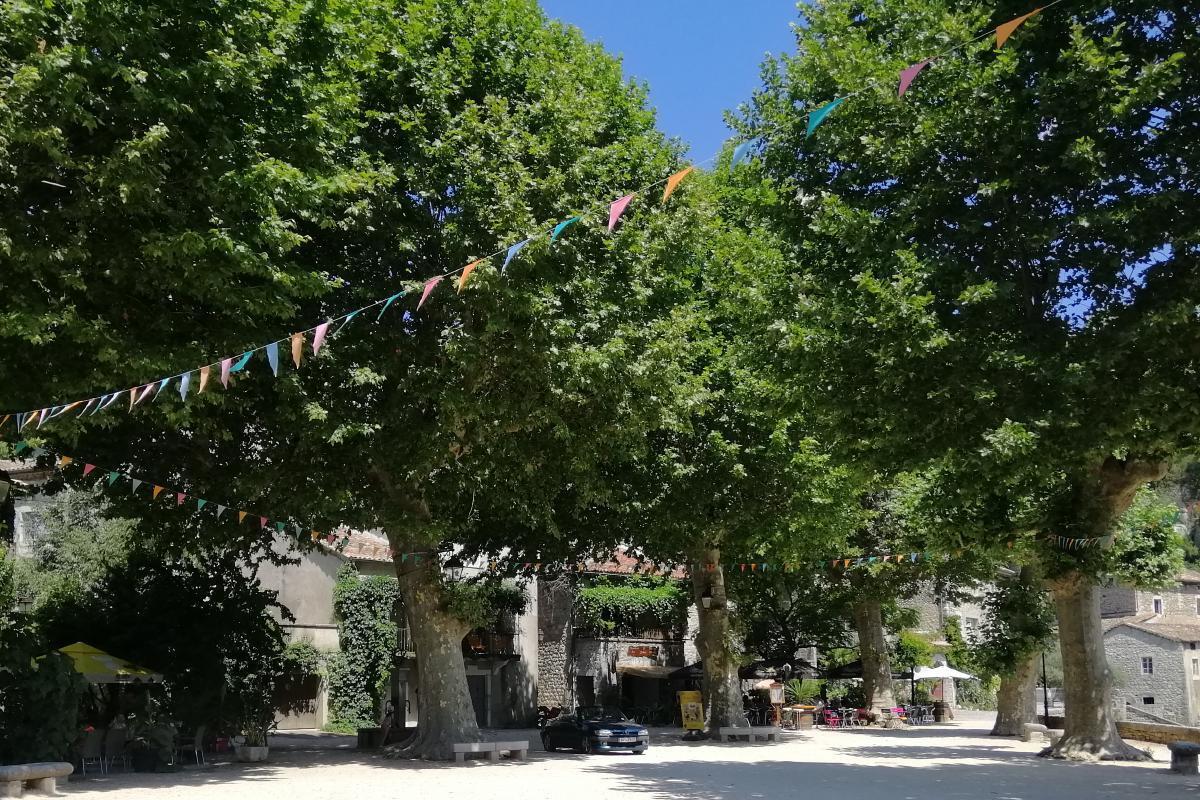 Labeled village of character in 1998, the village of Labeaume is to be seen just like the rest of its commune.

The chief town of the town is a small village, on the banks of the Beaume River, surrounded by cliffs, ruiniform rocks, majestic and tormented. It is strikingly picturesque, where old houses with covered arches line paved and arched streets.

Through the multiple streets of the village, the walker can stop his gaze on a fountain, a former stall, an old forge, a mill, a “cave with goats”, a tower but also a high house where once stood the village castle. The large square of Sablas offers tourists enchanted by this amazing site the beneficial shading of these hundred-year-old plane trees. A curious submersible bridge crosses the river and connects the town of Labeaume to the neighboring village of Auriolles, by a pedestrian path.

Territory populated from the dawn of prehistory (142 dolmens indexed to date), there are also multiple testimonies of earlier times with including sites of Gallo-Roman villas known in several hamlets (Peyroche, Linsolas, Chapias, Champrenard …), “the rock of the priests” on the site of Chapias, testimonies of two abbots resistant to the Civil Constitution of the clergy during the Revolution. The nineteenth century saw the golden age of sericulture (silkworms) with the construction of silkworm farms. The vineyard, the olive tree, the fig and stone quarries have also favored the wealth of the town.

To see also in the hamlet of Chapias:

To discover in the town of Labeaume: